It’s Not Fun If You Have To Do It: Obligation Sex Woes

It’s Not Fun If You Have To Do It: Obligation Sex Woes 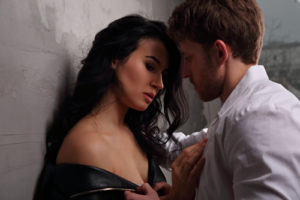 In my recent series on Menopause Sex Myths (and what’s actually killing your sex drive), I’ve discussed first how it’s not hormones.  Second, it’s not that being menopausal makes your desire fizzle.  And third, it’s not your failure to buy every new cream and supplement on the market.

What IS it then?  Well, stress is often a factor in loss of sexual desire at any age and stage of life.  Medication side effects can also be an issue for some people.  But, as I discussed in my last post, so often there are other causes, for which there are relatively easy solutions.

In that post, I discussed how a lack of foreplay is an issue for most couples.  And here I’ll discuss the second most common cause of lost sexual desire during menopause:  Obligation Sex.

So many women have been socially conditioned to believe that it’s their duty to please their partner.  If we look at the statistics of who routinely achieves orgasm during sex, men seem to be getting the bigger share of the pie.  Over half of men say they orgasm every time they have sex.  Meanwhile, only a quarter of women reported reaching orgasm every time.  It’s especially concerning that 15 percent of women report reaching orgasm only about half the time, 17 percent less than half the time, and 9 percent say they never orgasm during sex with a partner.  Yikes!  Combined, that’s 41 percent of women!

This isn’t to say that climaxing is the end-all, be-all of sex; it’s not.  As I wrote about in a recent article in LA Yoga, sometimes not coming is actually preferable for your sex life.

But here’s the deal:  Sex needs to be pleasurable in order for you to want to do it!

If you get stuck in the habit of having sex just because you feel you have to have sex, it’s not going to be fun.  And if it’s not fun, it’s not going to be pleasurable.  And if it’s not pleasurable, you’re going to start resenting it and really not wanting to do it!  All of this, of course, creates a negative feedback loop.  Bad sex begets less sex.  And then all of a sudden you give up and say, “Welp, guess I’m just menopausal and don’t have a sex drive anymore!”

But that’s not true!

If this resonates with you, then there’s a high likelihood that you’re having obligation sex.

So what should you do?

You may not realize this, but you aren’t fooling your partner.  Every partner knows when their lover isn’t into sex and isn’t enjoying it.  I know this for a fact because hundreds of men have told me this.  It makes their experience mediocre as well, which causes them to lose desire for sex.  And that, too, will feed this negative cycle.

So stop.  Take a pause and talk.  Be open, be vulnerable, and share what really turns you on.

As you communicate what you want, focus on phrasing it as what you want, not what you don’t want.  Saying what doesn’t work for you may come across as criticism, and the response you get may be defensiveness rather than openness.

“Remember that time we were in Belize and you went down on me for an hour and then we had mind-bending sex?!  God, that was incredible.  Can we do that again?”