Sex is Political: Grab ‘Em By the Ballot

Sex is Political: Grab ‘Em By the Ballot 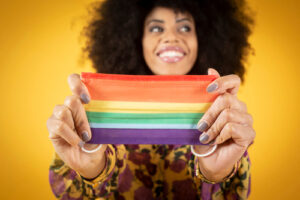 In the aftermath of the midterm election, I’m relieved that it didn’t go as badly as many had predicted.  I’m grateful that Democrats will maintain a majority in the Senate, and I’m glad that the House Republicans will only have a slim majority.

If you’re wondering why I, a sex therapist, am so focused on politics, and why I’d be writing about it today, it’s because of a simple fact:

Sex has always been political.  Who we have sex with – and what the consequences are of having sex – are and will be decided by the politicians we elect to state and federal offices.

Let’s not forget that up until the 1970’s, it was legal in every state to rape one’s wife.  It wasn’t until 1993 that marital rape was a crime in every state.

Prior to 2003, fourteen states still had laws that criminalized sodomy (i.e., homosexual sex).  A Supreme Court decision invalidated those laws in 2003.  But since we now know that the Supreme Court can (and will) whimsically change its mind about things that offend the christian conservatives that currently dominate the court, those fourteen states (which include my home state of North Carolina) are one court decision away from gay sex again being a crime.

As of right now, access to abortion – a right that had been enshrined as fundamental since 1973 – is denied to one in three of the women and girls in the United States.

Why Should We Care?

And that, frankly, is bullshit.

So What Should We Do?

We have two more years until another election, one in which we could solidify Democratic majorities that could codify the right to abortion – as well as the right to contraception. When that time comes, I will of course be urging you to vote.  But before then, there’s still more we can do.

I wrote a while back about things we can do to help ensure access to abortion.

But there’s another thing we can do right now that will, I think, help push policies to ensure that women aren’t punished for having sex.  And that is: Do not, under any circumstance, have sex with someone who will vote for people who don’t trust women to make decisions about their bodies.

That’s right.  Pussies have power.  If a man says he’s conservative or says he “isn’t political” (which is code for “I don’t want to mention I’m a Republican because I probably won’t get laid”), simply do not have sex with him.  Take it further and don’t even bother dating him.

The bottom line is: if someone doesn’t think you should have the right to make decisions about your body, then he doesn’t deserve any access to your body.

Because as long as lots of men think that lack of access to abortion doesn’t affect them, these laws will stay the same, and many women will be denied reproductive healthcare.

Recently, in a Facebook group, a woman posted screenshots of a guy who she was considering dating.  The screenshots showed him to be physically attractive, but the info section was a concerning.

He listed himself as a “Catholic” and also as a “Conservative.”  When the app asked what he was looking for, he said “Just Casual.”  And when other women started sharing about their experiences with him, it became clear that the guy would un-match with any woman who wasn’t interested in immediately hooking up with him.  He wasn’t even interested in dating!

While in general I wouldn’t be opposed to someone only being interested in sex and being upfront about that, the fact that the guy claims to be Catholic and Conservative makes it glaringly obvious that this guy is flying so many red flags it looks like a f@cking carnival.

You can’t want to have all the casual sex you want to have, but also deny your sexual partner access to the reproductive care they might need if contraception fails.

So please, if you’re dating and you come across someone who is anti-choice or anti-gay, swipe left.