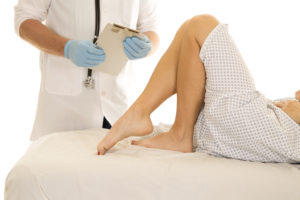 Recently a client posed a question about the effectiveness of various medical treatments for vaginal health.  I’ll cover some of those treatments here, explaining what they are and what they purport to do, and I’ll share my thoughts about whether I recommend them.

Femme 360 is a therapy that uses a wand-like device inside the vagina to emit ultrasound (radio frequencies) that are supposed to rejuvenate vaginal tissue.  The service is offered in medical “spas” and usually consists of three short sessions, one a week for three weeks.  The series of treatments usually costs around $2000.

Providers of the therapy tout it as “an effective treatment for vaginal laxity, painful intercourse and overactive bladder.”  Whether this is true, though, remains unproven, and there is evidence to suggest the treatments may actually have the opposite effect.  A spokesperson for the FDA said that “[i]n reviewing adverse event reports and published literature, we have found numerous cases of vaginal burns, scarring, pain during sexual intercourse, and recurring or chronic pain.”

The FDA spokesperson also said that “we have not cleared or approved for marketing any energy-based devices to treat these symptoms or conditions, or any symptoms related to menopause, urinary incontinence or sexual function.”

While there is anecdotal evidence that this therapy is helpful for some women, it doesn’t yet have FDA approval and doesn’t have any published research supporting the claims made about its effectiveness.  So, in short, ultrasound may help some women, but it’s not proven to help, and it’s expensive.  Until there is better research, I would recommend holding off on this therapy.

Emsella is a therapy that uses high intensity focused electromagnetic (HIFEM) technology for the treatment of incontinence, and the makers of the device believe that the treatment may also result in improved pelvic muscle tone.  Treatment consists of sitting in a chair for thirty minutes while watching TV.  There is a series of 6 sessions performed over 3 weeks, so it is twice-a-week 30-minute sessions for 3 weeks.  It is often recommended that patients come back for “maintenance” sessions every 3-6 months.  In other words, this treatment takes a lot of time and goes on indefinitely.  Each individual session costs between $250-400.

Providers of the device claim that it is worth it.  They say that the therapy stimulates pelvic floor muscles, mimicking the effects of doing lots of Kegel exercises.

So does the therapy work?  It’s unclear.

Marketing for the product claims that five clinical studies have shown that 95 percent of the study participants experienced improved quality of life following the procedure; however, there is no link or reference to what studies actually took place, and my search shows that not a single trial has been completed.  The marketing materials are, in my view, misleading at best, and blatant lies, at worst.  If these studies existed, wouldn’t it make sense to link to them?

Until actual research exists to show that this therapy works, I would personally not recommend investing thousands of dollars in treatments.

The O shot, often called the “orgasm shot,” is done by taking blood from a woman, separating the platelets, and then injecting the platelets into her clitoris and/or vagina.  Just reading about this made me want to zipper my legs shut forever.  You might (rightly!) ask: Why on earth would anyone do that?!  The reason proponents give is that this supposedly causes some women to have more lubrication and better orgasms.

And what else does it do?  Well, it causes a blood clot to form in your clitoris which, in some cases, results in long-lasting pain, permanent nerve damage, and numbness.  Doesn’t sound very sexy to me, personally.

The doctor who pioneered this practice started out by injecting blood into his own penis, and his partner was jealous so she wanted him to do it to her clitoris, and then, even though all of this seriously violates doctor-patient ethics rules, the doctor decided to experiment using this practice on other people, ultimately losing the right to conduct clinical studies and having limitations placed on him by the ethics board because, woah, you guessed it, that’s not cool.  See here and here for more backstory on the doctor.

All of this might make you wonder:  Why does anyone do this?  Has it been proven to help?

No!  There is no clinical evidence to suggest that causing a blood clot to form in your clitoris will make you have better orgasms.  Yes, there are numerous puff pieces in the media touting this as an effective therapy, and yes, you can certainly find women who’ve had this done who rave about it, but there are also people who’ve been fucked by twelve donkeys in a row who thought it was great and still, that doesn’t make me want to try it.

So why does anyone do this?  Well, there’s money to be made.  The only supplies involved are some syringes and a device to separate the plasma from the blood, which makes it inexpensive to perform.  (Which translates into a lot of profit for the doctors performing this dubious “therapy.”)

In short, would I ever recommend the O-shot to a client?  Absolutely not.

While Femme 360 and Emsella seem mostly benign, though expensive and as-yet-unproven, the O-shot raises serious red flags and I would never recommend it under any circumstances.  In the next part of this two-part series, I’ll discuss some other therapies, some of which do actually seem to be helpful.  And if you can’t wait, here’s a post I wrote in the past on a therapy that I’ve tried myself and that I find to be very safe and effective.