How I Spent My Summer Vacation: Embracing Celibacy

How I Spent My Summer Vacation: Embracing Celibacy 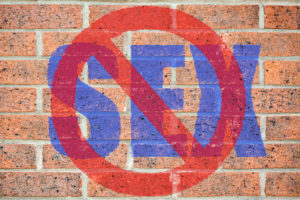 The history books may remember the Summer of 2016 as a fight for our Democratic values as we faced, an unprecedented possibility, that a tyrannical demagogue could inhabit the most powerful position in the country, placing the entire world at risk.

My own personal history book will record the Summer of 2016 as a time of deep personal introspection, of learning how to love myself again, and of embracing celibacy.

My Journey to Celibacy

Unfortunately, celibacy is something that I am deeply familiar with having lived in a sexless marriage for almost two decades.  But celibacy in my marriage was not a conscious decision.  It came from a place of unhappiness and dissatisfaction and physical pain.   It felt like it was forced upon me by my body, whose wisdom I could not hear.

This time, celibacy was a deliberate and conscious choice that I made.  Since I left my marriage 6 years ago I have had a very active sex life, not going more than a month without sexual activity.

The idea of becoming celibate started in the beginning of the year when I was once again diagnosed with a kidney infection derived from a sex induced UTI.  I was feeling strong signals that my body needed a rest from sex so that my kidney’s and bladder could finally heal.  I listened to my body’s wisdom.

The Universe was right there with me creating the perfect opportunity for me to end a  relationship which was no longer serving, taking all of the pressure off to have sex. With sex out of the picture, I was able to finally relax, heal, and look deeply inside.

But despite all of these “shoulds” nothing happened.   I could not find the will power or the desire.  Having an orgasm did not interest me.  I did not think about men, other than the man whose loss I was still healing from.

As a sex and intimacy coach, I questioned whether I was a fraud since I was talking a good game, but not walking it. But then I realized that losing my libido again made me even more empathetic to the experiences of many of my clients.

It also made me face the fear that I was going to once again shut down sexually and not be able to re-awaken and that my vagina would start to atrophy.   At some point, rather than fighting this, I decided to embrace and celebrate my celibacy.

The truth is that celibacy is a stage that we all go through at various points in our life. It is a normal part of our sexual life cycle.  As long as it is not our only mode of operation, it can be a healthy and even re-invigorating place to be.

Being celibate meant that I could truly focus on what was going on inside of me.  It felt spacious and loving and juicy in it’s own way.  It made me realize that I go to sex for physical touch and connection, even more than I go to sex for pleasure.

Slowly my sex drive and desire started to come back to me.  It began with a craving for physical touch which resulted in me finding a cuddle partner, who I could be sensual with, but not too sexual.

Then I decided the time was right to begin my self loving practices, again starting very slowly without any expectation or goals. I’m warming up to the idea of more sexual interactions but am extremely mindful, more so than ever, of being clear about my boundaries and only doing what I want.

Conscious celibacy was a gift that I gave myself.  I give you full permission, when you need it, to give that gift to yourself as well.

24 responses to “How I Spent My Summer Vacation: Embracing Celibacy”